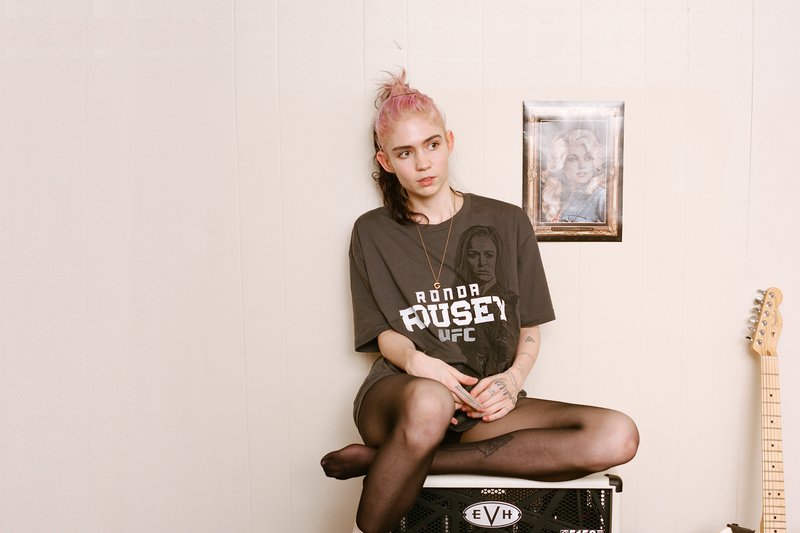 Since 2009 Claire Boucher aka Grimes has been releasing her own unique brand of electronic music to an ever-widening audience of indie and discerning pop music listeners. A series of critically acclaimed albums – Visions and Art Angels being the most recent – and single releases have established Grimes’ signature mix of exceptional singing, songwriting and sonically rich, propulsive production. This winning combination has led to gazillions of views of her music videos on YouTube, multiple headlining tours and primetime performances at major festivals such as Glastonbury and Coachella.

Admirably, Grimes’ path to success has been entirely on her own terms and her decidedly independent stance as the writer and producer of her own tracks is helping to upend outdated notions of the “female performer in the spotlight and the male mastermind behind the curtain”. And so, with all of this in mind we were happy to chat with Boucher about her production techniques, how and where she gets her sounds, and the process of translating studio tracks into stage performances. 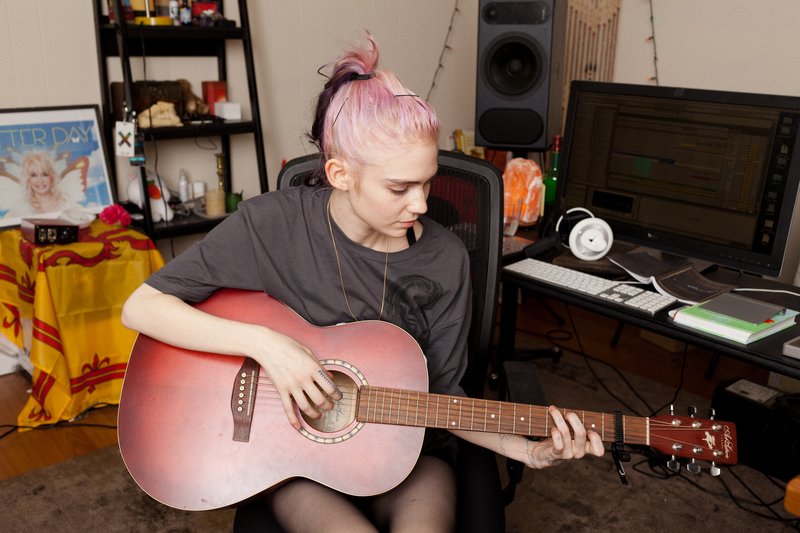 Does a song first take shape for you on piano or guitar before you move on to choosing the sound palette, recording the instruments, the vocals? Or are songwriting and producing more interwoven?

I would say the latter, they are very interwoven for me. It's sort of a seamless process where I produce as I write.

How do you make beats? Are there pads involved or is it all mouse/trackpad?

A bit of both. I like to use an Akai MPC and a keyboard MIDI controller, but sometimes I build it out manually. I like to build sample packs that I use mostly for drum sources. Usually by combining drums (like the high end of a real kick and the low end of a digital kick, for example). Once I get a good one I use it a lot. I have some sample packs that my friend Bloodpop made or acquired that I like to use as well. I typically start with kick / snare and work backwards.

We’ve heard you put a lot of consideration into finding the right tempo for a given track. Do you tend to try out different tempos for each song that you’re working on? 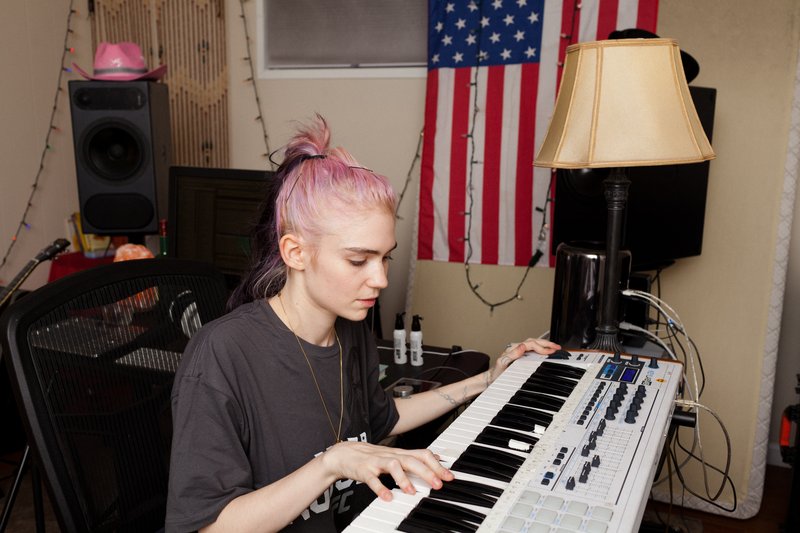 How do you approach sound design in general? Are you always listening out for interesting sounds around you? How do you capture them and where do they end up?

I'm always listening for interesting sounds. Like, for example, I recently took a sample of some percussion that had a lot of melodic information in it, put the verb up to 100% and then sampled the verb so that none of the original sample was there but it contained the melodic information. Sometimes I record things in the house like beads or whatever etc. Sometimes I get found samples from online bird watching communities or this or that, haha. Usually I use some combination of these methods.

For the song “Venus Fly", for example, I had these awesome 808s, that I built using two different 808 sounds. Then I sampled a dentist drill and tuned it to the 808s and layered it very lightly on top so that they sounded a bit more savage but also wide and clean cuz I think I panned the drill hard and the 808s were mono in the center.

Your tracks usually have quite a lot going on in them. How do you keep an overview of all the elements when you’re working?

My files are way too messy and I'm trying to be more organized and controlled with it lately. I do use a lot of layering. It's gets very complicated very fast and I crash my files a lot.

How do you know when a track is finished? Do you tend to follow an “add until the picture is complete” or “remove until only the essentials are left” strategy?

I'm more in the 'remove until only the essentials are left' strategy camp, but then the versions of the songs I play live end up being the best because I get the mixed stems back and then add a lot of new sounds. I usually finish via a self-imposed deadline. In my opinion, there was a lot more I would have liked to do on most of my released tracks.

"Then I sampled a dentist drill and tuned it to the 808s and layered it very lightly on top so that they sounded a bit more savage..."

As can be seen on your tumblr, your musical tastes and interests are pretty wide-ranging. Of the artists (new and old) that you’re into, is there anything specifically production-related that you particularly admire or would like to get into more deeply?

I love the production on the new Lana Del Rey album, Honeymoon. Specifically the song "Art Deco". I like how it sounds old but new. I also love the song “BBHMM” by Rihanna. I feel like both Rihanna and Lana are often able to create compelling pop songs with really wet vocals. I kind of hate dry vocals, but they are so essential to solid pop songs in most people's minds.

I also really like the sound design by the artist A-bee. It sort of sounds like ASMR videos. I'd love to learn about old microphones and different types of microphones. Like on the old Patsy Cline records, I love the natural distortion and it’s something I'm unable to emulate digitally.

How do you translate what you’ve made in the studio into something that can be played live? How do parts get ‘assigned’ to the musicians you have with you on stage?

The musician I'm touring with currently, named HANA, is a really incredible multi-instrumentalist and vocalist so she has been adding a lot creatively lately, and taking on things like lead guitar in some songs that used to just be a sample. We also jam a lot on the bus or in hotels, doing vocal harmonies and things, so we have a good musical rapport and that’s become very important to me on stage.

My skills predispose me to being more like a DJ – shy, not formally trained but great with computers. But we come up with tricks to make things easier for me, like tuning the guitar to an open chord, or turning the microphone towards the monitors if my throat is too sore to scream so that it produces feedback for a similar effect.

Besides guitar and Ableton, I have two SP 404s. HANA also uses a drum pad for fills and things. I usually also re-produce the songs to a degree. We're starting to integrate pedals and stuff, and my sound guy Patrick Scott automates certain things from front of house such as vocal or guitar FX. I also rely heavily on a vocal pedal / looper (the TC Helicon), so that I can switch between a dryer pop vocal and a super wet drone thing for screamo moments and such.

Keep up with Grimes on Tumblr, Soundcloud and on her website.