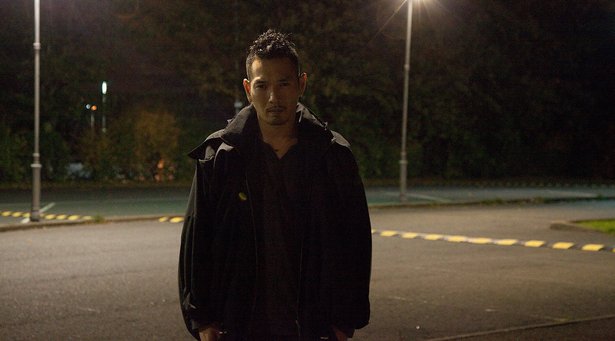 In recent years, Goth-Trad has become one of the most respected Japanese figures in the world of electronic music. During a production workshop at Tokyo’s Liquid Room, Yuko Asanuma caught up with him to talk about finding his sound, keeping ownership of it, and taking it in a new direction.

It was the abstract hip hop beats of the late ‘90s that first inspired Goth-Trad to produce his own tracks. He soon moved on to form Rebel Familia, a duo with Takeshi “Heavy” Akimoto, bassist from prominent Japanese dub-reggae band Dry & Heavy. Their style took in dub, rock and drum & bass, developing a unique sound that became very popular in Japan. Though the band kept him busy, Goth-Trad’s early solo productions pursued the more experimental and noisy terrain heard in his recordings of the early 2000s.

Goth-Trad’s third long player Mad Raver’s Dance Floor pushed him further into the spotlight as a solo artist. Much of the album was inspired by the UK’s nascent dubstep sound, and the title of one of the tracks ‘Back To Chill’ became the name of his own regular dubstep night in Tokyo. A meeting with Mala, owner of the Deep Medi imprint, saw his track ‘Cut End’ signed for release the following year, while the Skud label also imported his signature ‘Back To Chill’ track to europe, quickly making Goth-Trad’s name well known there. In 2012, he completed his first full length in seven years, New Epoch, on Deep Medi, and has since been pursuing a new direction in his music making.

You have made many different styles of music in the past, but it seems that you have a consistent aesthetic throughout: dark, bass-heavy and gritty textured. Do you have a certain musical destination in mind, or is it something that comes out naturally?

Initially, I got into music through Kraftwerk. When I was round about grade six, Kraftwerk’s remastered albums came out, and that really got me. The imagery from the artwork was dark, and so was the sound, and that was my starting point. Kraftwerk’s music is cold, but somehow emotional at the same time. The next thing I got into was LFO’s first album.

So it was techno! You first appeared to have emerged from hip hop scene, so that’s a surprise.

I definitely come from techno. LFO and Nightmares On Wax at that time. They were both mechanical but also emotional at the same time. I think that’s the kind of music I’ve been trying to make throughout my career.

What about the influence of dub music?

I haven’t listened to so much dub music to be honest (laughs). I was all about Warp, R&S and Rising High, buying everything they released as a high school student. Then a little bit of dub, such as On-U Sound, then the Bristol bands like Massive Attack and Portishead, as well as Wordsound stuff. This would be the period I’m most influenced by, I think. So, I didn’t really get too much into Lee Perry. I found the techniques fascinating though. For me, it was more about incorporating downtempo/ abstract hip hop sounds and somehow combining them with the emotional aspect of techno music.

I always include a phrase, a melody or signature bass line in my music; I think that’s my strength, and my characteristic. I had to add something extra, which in my case was the emotional element. That’s what I still try to do. The first track on New Epoch is a perfect example of that attempt. To add emotional colour -- that’s what I consider most important in my production.

You’ve mentioned that you are less enthusiastic about dubstep. Why is that, and what other styles of music are you currently into?

There are a lot of people making very interesting dubstep tracks still, and I’ve been following them, but I have to admit that compared to the ‘06-’08 period, there are less that I’m excited about. I’ve also been trying to make dubstep tempo tunes with a different twist, and that’s more time consuming. I spent such a long time doing that to complete my album, so I’d rather hear something else at the moment.

I usually find it easier to tackle the album project when I have a clear theme. A beatless noise album, for example. New Epoch was definitely an album with a focus on the dubstep style that I’ve involved myself in for the past 6/7 years. Now, for about a year, I’m wondering what my next challenge will be. I’ve been checking out some techno too. I like more industrial sounds such as Blawan or Empty Set. As for my own production, I’m hoping to draw on my past experiences in a natural way, including dubstep. I would like to integrate different sides of my style -- using the samples from my noise music, trying different tempos and making it all dubby, for instance.

So, New Epoch was the grand summation of your dubstep period in a way.

Yes. I will keep my dubstep influence, but would like to explore different styles too. I made a new mix recently, it would be great if you can take a listen. This is something outside of the dubstep tempo.

It’s four-on-the floor but very slow, and can be enjoyed as double-tempo. It’s not quite half-step but not drum‘n’bass either. It’s about 85 BPM which is in between all of that. But the sound itself is like industrial minimal techno. All tracks in the mix are either mine or my remixes. I like the textures of Andy Stott’s music, and this is a bit like his stuff but with more dub effects. I’d love to play this out in a party and make people dance. I’ve been trying to weave some of the tracks into my set since last year, and the response has been quite positive so far.

Apart from a dubstep 12” on Deep Medi, I also released two remixes last year. And both of them are outside dubstep tempo. One is for a British singer called Lea Lea, and another is for an artist called Danny Scrilla.

Both of them were received very well. Particularly, the Lea Lea remix made it into XLR8R’s annual download chart, and was accepted well among the wide public. I’m getting positive feedbacks for this new mix as well, so this will be one of the directions I’m looking at. Slow-paced but danceable music. I don’t think there are too many other people who’re making this kind of music, so it’s something I want to give a try. 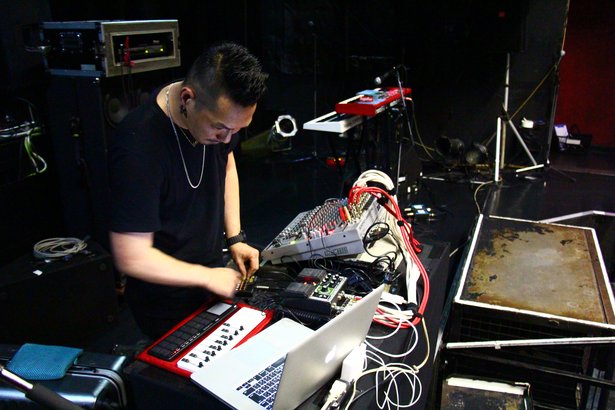 What are your main tools for studio production?

Live and MIDI keyboard only. I have just a regular Edirol keyboard.

So you only use Live now, but you used to make breakbeats using samplers. What made you start using Live?

Oh yes, back in the days, I used to make beats using an AKAI sampler and this extremely simple MIDI writing program called EZ Vision on Mac. When I got into more experimental stuff, I mainly used analog hardware. I recorded that onto Apple Logic and occasionally edited on it. I did attempt to make drone noises with SuperCollider at one point though. That’s how I made my album The Inverted Perspective. Then I moved onto making dance music again using Live. When I did, I felt like I was using a hardware sampler I was so accustomed to. It was great to be able to make music by cutting and pasting the samples. It wasn’t that different from EZ Vision. I was actually able to make a whole album Mad Raver’s Dance Floor within a few months using Live. That’s when I felt, “oh, I think I’m quite comfortable with Live.”

When producing minimal bass music, each sound needs to stand out. How do you think about the sound of the finished track? And how do you keep your sound unique?

I tend to prefer my music to sound like abstract hip hop from 1999. It probably sounds “cloudy” by today’s standard. But there’s no right or wrong in it. It’s something you decide according to your taste. That, as a result, gives a character to the artist. In fact, people often ask me “how and where do you master your track?” But that’s not what matters. Especially in drum & bass and dubstep culture, we often just make a dubplate or a CD of freshly produced, unmastered track and play it out. Nobody would think about how it’s mastered. If it sounds bad, it’s produced bad. In Japan in particular, most DJs only tend to play officially released materials, but in dubstep, it’s all about being at the party -- you just need to be there to hear the freshest sounds. There are tracks that are just not available, like owned and played by only one DJ. When I had my first release on Deep Medi, Mala also told me not to give the track to anybody else so he would be the only DJ in Europe to play it. I was asked by many other DJs for that track, but I kept my promise (laughs).

There are a lot of tracks like that still. Ones that only I have, or only my close friends and I have, for example. They never appear on YouTube, and we never play them in a mix that could be heard online. We only play them at parties. Some of them may make it to a record after 2 years sometimes. When I was most heavily into the dubstep scene, I used to do everything to get these tracks, but I’m a lot more chilled now and have been trying to focus more on my own music, especially since making the album. These days I program my DJ sets with tracks from my closest people like Deep Medi family and guys I do my Back To Chill party with. I also listen more to other styles of music.

How often do you tour and what’s it like for you to play outside of Japan?

Since 2007, I usually tour Europe twice a year. I actually don’t have too many releases, maybe one 12” a year, but playing abroad is still very important to me. It’s not only to promote my music, but more about checking what other music has been played out there and experiencing it myself. Of course, nowadays you can receive all the tracks from your friends and check out radio shows online while in Japan, but to be in the environment and experience it makes a whole lot of difference. I can watch the crowd’s reaction to my music, and I can also motivate myself to work on a new set to take on a tour. Then I can feed what I’ve learned back into my production.

For music, dates and info, head over to Goth-Trad’s site.