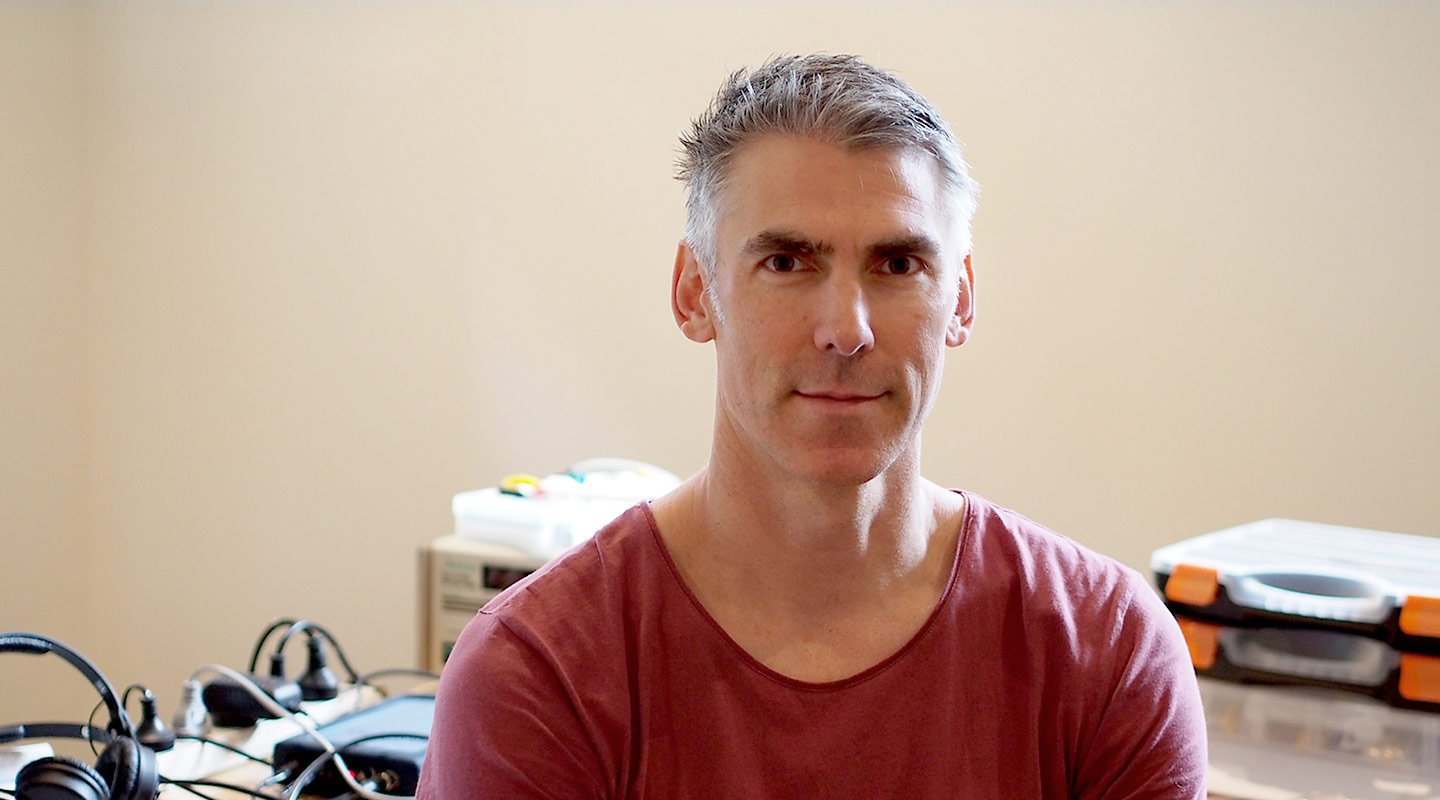 Ableton Live 9 introduces The Glue Compressor, an analog-modeled compressor based on a famous console bus compressor from the 1980s. Additionally, EQ Eight has seen some major enhancements for Live 9, including brand new SVF filters for a more accurate and smoother sound. We spoke to Andrew Simper, the architect of both the Glue and the new EQ Eight filters, about analog modeling, his thoughts on Live 9, and more.

Please tell us a bit about yourself.

I love music and computers and maths and the cool thing is that they all go so well together. I did a joint degree in Mathematics and Computer Science and was mainly interested in artificial intelligence and image processing. I was drawn into writing music software instead, mainly making tools to process audio in interesting ways that didn't currently exist, glitchy buffer delays other whacked out effects and granular synths. I wasn't really happy with the sound quality of digital synths either, I remember going to a music store and they had an Access Virus placed next to a Roland Jupiter-6 for comparison, the aim was I think to show just how wonderful the Virus sounded. After a very short play with both I bought the Jupiter, there was no competition. Since then I have been fascinated with the sound of analog electronics, and have been doing as much as possible to bring that wonderful tone to the digital world.

Could you tell us a bit about how The Glue came about? What specifically were you looking for in terms of sound, user interface, general "feel"?

I could never understand why producers were so into their compressors. From my point of view they raved about them and focused on them way too much considering what they actually did for your sound - which for me was mostly make things sound worse. I could never get any compressor I tried, either digital or cheap analog, to sound any good, so I largely didn't use them in my productions at all. I figured I just wasn't smart enough to work them out and that I would need to do some production course or something to be able to use them properly. Wrong, oh so wrong.

I was blaming me and not the tools, but in this case it really was the tools. On a good analog compressor it really doesn't matter which setting you dial in, everything sounds good, just different styles of good. The Glue is me bringing this tone to the digital domain, it is a model of a classic big console bus compressor, transparent, smooth, and wonderfully full sounding. Lots of people that use it have commented they didn't need to EQ as much anymore since things were sounding brighter and fuller already just by using The Glue. This is a workhorse plugin, so the interface is all business and the control set is minimal, so when designing the user interface I wanted to reflect this, I wanted it to melt into the background as much as possible so that people using it would be concentrating on what they hear without distraction. 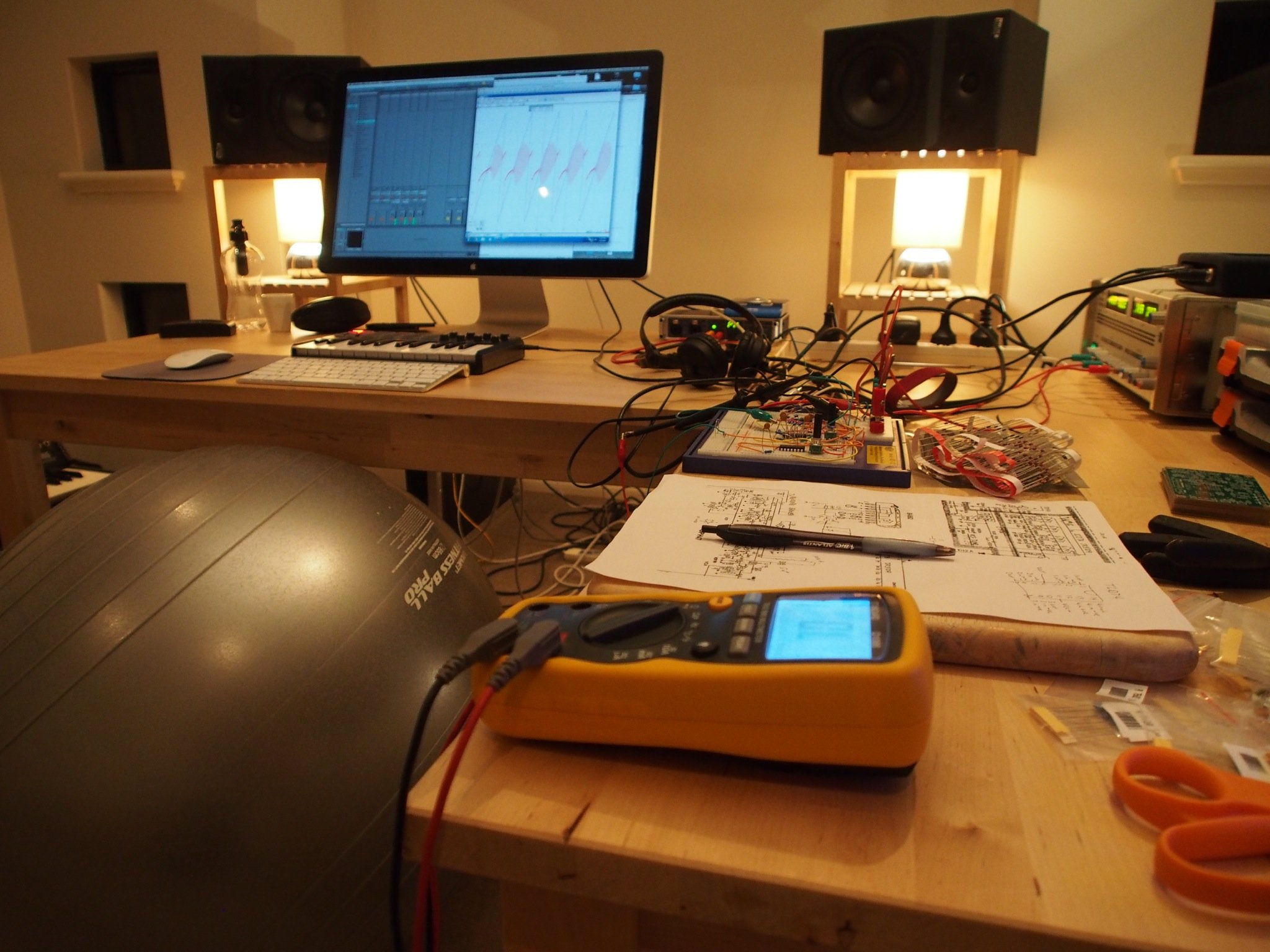 Are there any particular challenges that you faced in modeling a classic hardware compressor? Any behaviours that wouldn't make sense in, say, a digital compressor?

Modeling any analog system in digital always has challenges and tradeoffs. In the case of The Glue, the original analog compressor went to great lengths to have a very linear amplifier section, so I made The Glue perfectly clean in this regard. All the tone comes from the non-linear feedback based envelope follower. There were a couple of unexpected, but great sounding, behaviours of this part of the circuit that I wouldn't have deliberately coded myself. I now understand how important they are to getting a smooth result that is never over-compressed. Analog circuits have limits and saturate when they are pushed hard. The onset of compression caused by the diode based envelope follower is very smooth, this isn't the same thing as a soft knee, it is more dynamic with the attack and release times also smoothly ramping up to their full values. Everything bends wonderfully like a rubber band grabbing to your audio and making it bounce. You can make it snap back with a slap but never breakup because the limits of the circuit that keep everything under control. All of these behaviours interact in complex ways and all happened automatically due to the accurate analog modeling of the circuit.

How do you approach modeling analog hardware in software, compared to more traditional music DSP?

Digital Signal Processing encompasses all processing of signals that represent continuous voltages with a finite collection of numbers. I think most traditional DSP has concentrated on linear systems, since they were the only ones that could be solved easily enough with the computer power of the time. Lots of regular engineering tasks also want linear behaviour, which is also appropriate for some music DSP as well, for instance oversampling.

But music is dominated by non-linear behaviour, which is a lot more difficult to get a computer to solve. I'm not talking about distorting something with a basic waveshaper, most interesting music non-linearities are in feedback loops or in some way coupled with many parts that influence each other in complex ways, and the resulting complexity is pleasing to the ear. Computers are only now just capable of solving parts of these complex systems in real time so traditional music DSP is now moving towards solving these more complex systems, and not just in Music, in all fields of DSP.

How did you get started with hardware modeling? What was your first plug-in?

I started out writing my own plugins under the banner Vellocet while finishing off my honours. My first plugin didn't have anything to do with analog modeling, it was called VReOrder, and it was a delay plugin that had a 16 step sequencer that you could sequence which part of the delay buffer got played. You could also reverse chunks, and change their pan and volume. The feedback then took the output of this messed up audio and inserted it back to the input, so the results could be quite complex.

Since I wanted to concentrate on writing plugins I then teamed up with FXpansion to do all the distribution, web page and support side of things. I was mainly interested in doing resonant filters and synthesizers, but FXpansion also required some compressors for their acoustic sampled drum product BFD2. This was my first introduction to good analog compressors, and upon hearing them I instantly understood what all the fuss was about, and knew that digital compressors I had heard didn't even come close to this sort of sound. To be able to model these circuits properly I needed to learn how circuit simulators work. With the help of Antti Huovilainen I started teaching myself how circuits work. I read many books and papers and also the technical resources of an open source circuit simulation package called QUCS. My first go at applying true circuit modeling techniques to a device was the BusComp effect included with BFD2. Later on I decided to form my own company called Cytomic, and spent a lot of time working out more general and powerful modeling techniques, and applied these in writing The Glue. 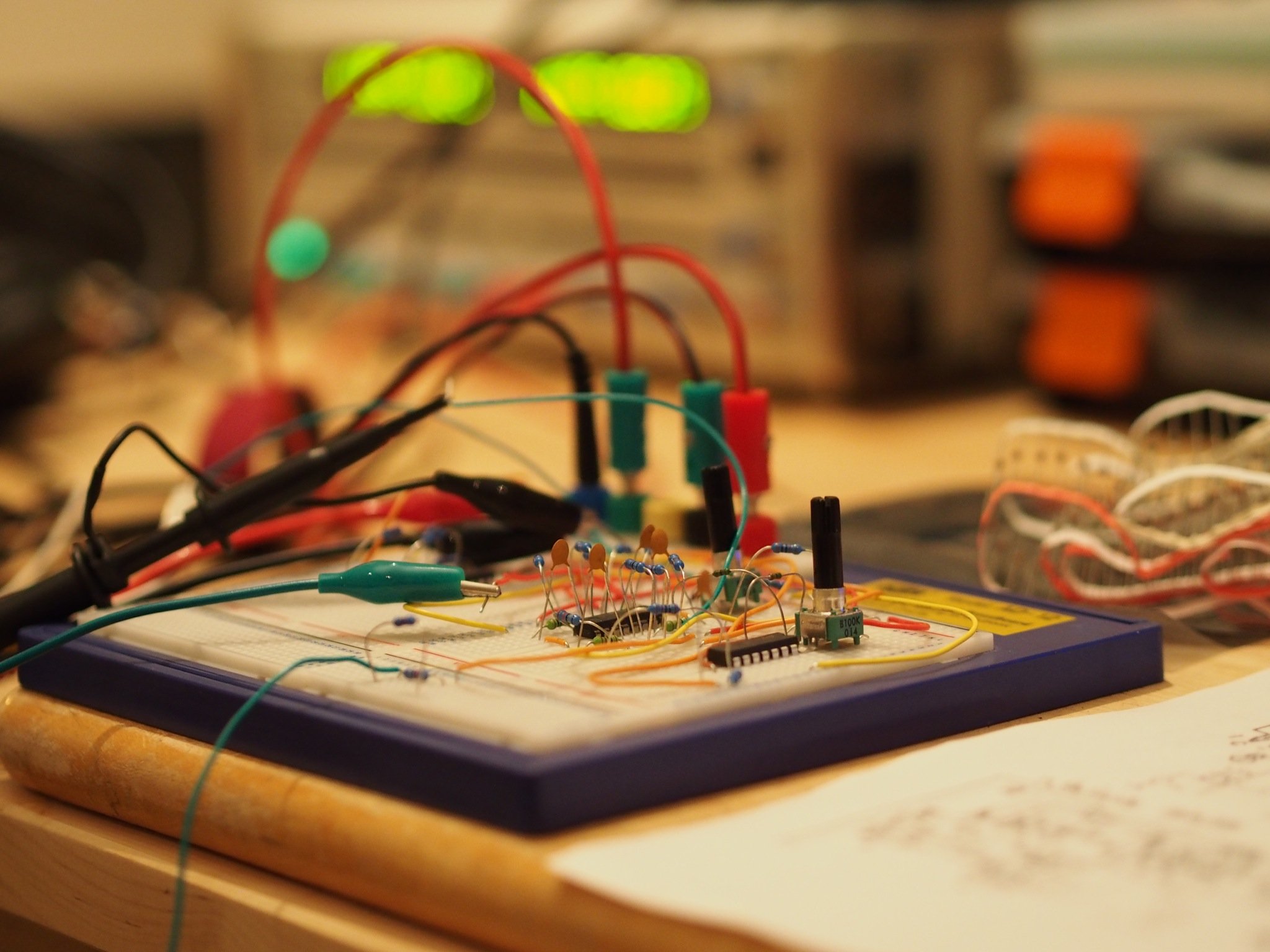 The Glue produces some nice distortion when it's really pumped – how does this mirror the hardware?

The hardware generates pleasing harmonics when pushed, as does The Glue. This drive is actually not caused by the main gain reduction amplifiers, with steady compression there is no drive. When the needle is bouncing amplitude modulation from the envelope follower occurs and this is where the drive comes from, so it is more dynamic and more gentle. This is part of the reason that less EQ is required to make things sound better - the smooth harmonics generated by the action of the compressor add presence.

How do you find The Glue as a native device in Live 9? Does it feel like part of the Live ecosystem?

For the Glue Compressor device in Live 9 we agreed to preserve as much of the design of The Glue as possible. The form factor required a new layout and I love the results. I like having different sized controls and also to space them geometrically to draw focus to what is most important. It is clearly a Live device that compliments the other devices with their no fuss and down to business approach, but it also has its own unique flavour to draw attention to the fact that there is something special going on. To pull this off required the Ableton team to design many great looking new user interface components. From the audio side the Glue Compressor device has the identical analog modeling algorithm used in The Glue plugin, so its smooth tone and bounce gives Live users a truly mastering grade bus compressor that has low enough CPU that you can use it on individual tracks or multiple buses.

Do you have any particular favorite applications for The Glue? Any recommendations for Live users who are getting acquainted with it and want to see what it can do?

The easiest way to get a feel for what an impact the Glue Compressor device can have is to add it on the main output just before a limiter, and leave all the settings at their default. Next up remove all compression from your kick and snare drums and mix them slightly too loud. To make things easier to hear for this example adjust the Threshold till you get the needle peaking at around 10 dB compression, then adjust the Makeup till the limiter is just in action. Whenever there is a kick or snare hit the rest of the mix should be pulled down in volume to give room to them, and as a result movement and interest will be added, as well as the rest of the elements being glued together more coherently. Now 10 dB is a lot of compression on the main output, but it was good to exaggerate the effect, usually you want somewhere from 2 to 6 dB unless you are deliberately going for a lot of movement.

Tell us about the SVF filters you helped to design for EQ8 – what makes them sound better than the old filters? Were they modeled off of hardware filters?

This is a little tricky to answer in detail as it is actually really technical. The old filter algorithm is a digital abstraction that shares the same theoretical response as many circuits, but doesn't model the voltages of any circuit. The new algorithm is a linear SVF analog model based on the circuit of the Urei 545 parametric EQ. In a linear model no drive occurs, so if you put a single sine wave in you get just a sine wave back out again without any harmonics being added.

So in theory, given infinite precision numbers, and if you don't adjust any of the settings, both will sound identical. In practice computers don't have infinite precision and people tend to like adjusting the controls on their EQs!

The new linear SVF EQ algorithm in EQ8 has astounding noise properties that give the lowest noise possible for any given finite precision numbers computers use, and since it is an analog model you can also smoothly change all the settings without getting horrible pops and clicks.

In combination with the new frequency analyser the new SVF algorithm will make tuning in on which frequency you want to adjust much easier since the sound remains silky clean even when you are adjusting the settings. Once you have found the setting you want no unwanted noise will be added to your audio.