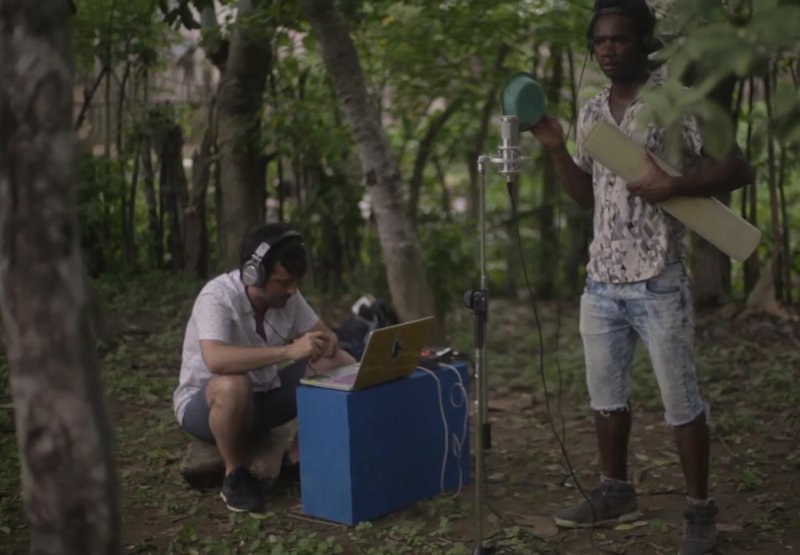 With musical influences from Africa, Europe, the Caribbean and the indigenous population, the South American country of Colombia has long been fertile ground for new hybrid styles to develop. In particular, the flow of musical memes between the country’s tropical coastal region and the big cities of the interior has given rise to the distinctive genres of cumbia, champeta, vallenato and many others.

One Colombian artist who draws directly on the country’s rich heritage of cross-pollination is Simón Mejía. With his Bomba Estéreo project, Simon has been successfully fusing bass-centric electronic production techniques with traditional Colombian rhythms and instruments for over a decade. And while this bold juxtaposition was initially met with disapproval from some folk music purists, Bomba Estéreo’s ever growing Colombian and international audience (not to mention multiple Grammy nominations) have long since dispelled those criticisms.

Simón Mejía is also the subject of a new episode of Red Bull’s Searching for Sound documentary series which follows music makers to places with which they have a personal connection. In the episode we accompany Simón as he returns to Palenque, a village on Colombia’s Caribbean coast that is home to its own distinctive musical style and the site of a recording studio Mejía helped set up some years ago.

Check out the trailer for Searching for Sound below. Be sure to download the free sample Pack and remix stems made by Simón in Palenque. Plus read our interview to learn more about the sounds, the track and the place they come from.

With Bomba Estéreo you have been making electronic music with a distinctly Colombian flavour for several years now. But 'Colombian' can mean a lot of different things. Could you please explain a little some of the musical roots of Colombian music? And what are the direct influences (Colombian and otherwise) of your music with Bomba Estéreo?

When I started producing electronic music, almost 12 or 13 years ago, I was making house music mainly, until I realized that it was kind of nonsense being here in the tropics, in Colombia, trying to emulate a foreign sound, which by the way was better produced in Europe or the States. So I began searching around local music, which here in Colombia is mainly dance music also, not electronic but tropical. So it was just a matter of finding the joining points between this tropical dance universe and the electronic one. At the end, the root was the same: Africa and the idea of freeing oneself through dancing.

Colombia’s folk music is very diverse, but it all comes from the same root which is a blend between African drums brought by the slaves during colonial times and indigenous music which was the original music from this continent, expressed mainly with flutes and chants. So the basics were there, drums to be translated to beats and melodies to be translated to synths. And this has been the direction of my music ever since.

Regarding music history in Colombia, Cumbia is the most popular genre which happened from this blend. And Cumbia was the first genre, or rhythm, for me to explore and blend with electronica. Over the years this obviously has evolved.

Cumbia, in its most raw and ancient definition, is basically the blend of drum patterns brought from Africa playing along with indigenous flutes. I suppose it was kind of the musical catharsis for all the pain and sorrow this people lived during that time. Or a sonic path to connect with the mother land, Africa. Anyway, it evolved over time and modern instruments were incorporated such as accordion, brass section, caribbean percussion such as congas and timbales, and vocal. Cumbia, in its most orchestrated format, spread all over Latin America during the golden years of the local record industry (1960-70s) and became popular all over the continent, specially in México, Perú and Argentina. And it is now a music which we share as Latin Americans. 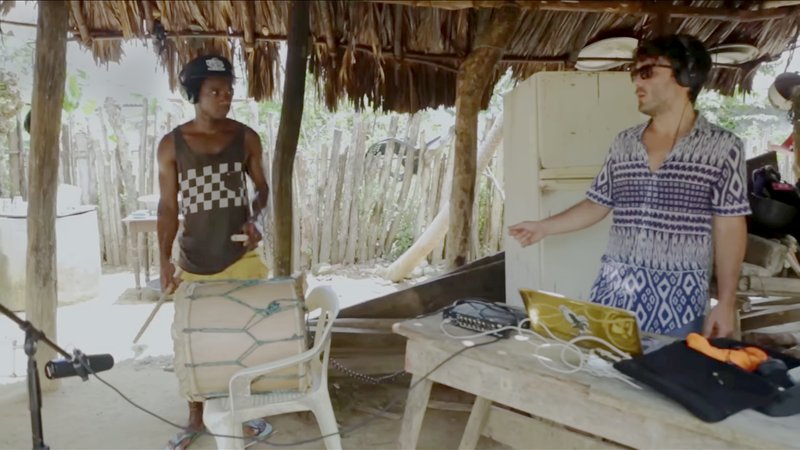 During the 60s and 70s we also had a very special musical phenomenon here in Colombia which was the arrival of many vinyl albums to our main ports, which were played by the local DJ's in the Caribbean soundsystems (Picós) and assimilated by local folk musicians. Music from the States, the Caribbean and Africa. Lots of funk, disco, salsa, reggae, and African music such as soukus which became the basis of Champeta, a local genre as well. It's mainly an absorption of African soukus guitars and vocals into local aesthetics and drumming. Wonderful and crazy music was made during that era from that blend of international music with local folk music.

So Bomba’s main influences have been all of the above. Electronic music mainly house, techno, and ambient. Raw folk music in all its variations, Champeta, and lots of Jamaican dub.

You visited and worked in Palenque some years before as part of another film and music project. What had changed in the intervening years in the village? What changed for you as a musician/producer? Do you hear the music of Palenque in a different way now than then?

Palenque is kind of a static place, like frozen in time, which is one of the most beautiful things about the place. It has something like a barrier towards progress and modernization, which I believe is what makes it so unique. So people are the same, they do the same daily activities, they have the same routines, but they are older like me! In terms of the recording studio that I founded there, it's very pleasing to see that it has evolved into a more modern one in terms of equipment and site. The most outstanding thing is that one of the kids that was involved in the sound engineer courses that we gave during that time, almost 8 years ago, is now the main engineer of the studio. He works there daily. So it's a feeling of seeing how that little seed we left there became something real, where local musicians go to record and it is hosted by locals also. That's beautiful.

Regarding me and my work, last time I went there I was just learning about folk music, and starting to make it and experiment with it, so coming back after all these years of touring from what I learned there is very pleasing. Of course I have a different perspective now around this whole universe, and in terms of music I try to use it in a much more minimal and conceptual way to say. But their music is still the same, that's why it is a living tradition.

When you were making the track "Majaná", did you have an idea of how the arrangement would come together before you started working on it? How did you choose which elements that you recorded in Palenque would become part of the track? What did the musicians who you worked with think of the finished track?

When thinking about the Majaná track I just knew I wanted to do something with the Marímbula. It was an instrument which I had recorded before, but I never really worked or produced with it. And for me as a bass player, and lover of bass lines, it was something that was pending to do. I love the color of the instrument, and I’ve also been very inspired lately by the music of Konono no.1, from Kinshasa, who play the likembé, which is kind of the same vibe as the Marímbula. So it was like a challenge, especially because this instrument has a very low and metallic register which is not easy to locate in a mix. The rest of the track, especially the rhythm section, I wanted to leave it to chance to what I discovered in site. I knew I didn’t want the traditional drumming, and that's why I started recording unusual sounds, like sticks and garbage, trying to make beats with them. Also ambient sounds, like sunrise ambience, to emulate high hats and high sounding percussions. But everything was part of an experiment that finally took form in the studio at the end. Nothing was really planned and I took many different ways to get to the final one.

People who were involved in the process dance when I put the track on, so I assume that's a good answer!

Konono No.1 from the Democratic Republic of Congo – inspiration for Simón Mejía

In the sample Pack you have provided are some rhythmic loops that have been treated with overdrive and compression. Could you talk a little about how you apply these effects and what role they play in the track?

Yes, I try not to overuse plug-ins when I'm working. Just the basics, eq, compressor, delay, overdrive. The simplest the better. So in this case I exaggerated compression to bring out different patterns to ambient percussive recording, like sticks, bowls, machetes, taps and beer bottles. When using the compression more freely, I feel sound goes into interesting textures and sometimes different pattern loops from the originals arise. I like this. Then overdrive and delay just to color a bit those loops and make them more psychedelic. I love the way in which you can transform nature into many different aleatory and unknown sounds, all in the studio and just using a few fx. In this track I wanted to get this feeling of being in Palenque when hearing it, but also feel lost sometimes in sound and structure. Language helps a lot in this issue as nobody understands what is being said there! It’s Palenque’s local language... only they know how to speak it.

Keep up with Simón Mejía and Bomba Estéreo on their website and Soundcloud.