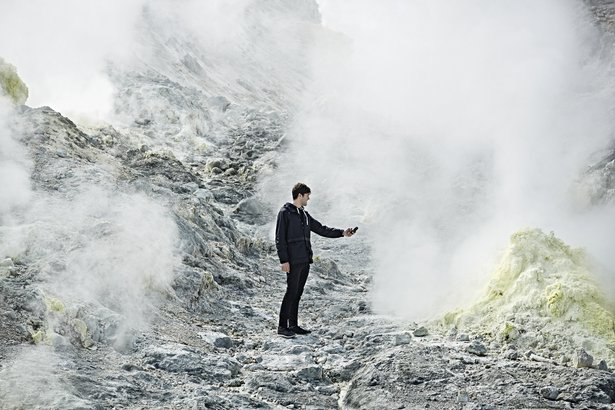 Music has existed for thousands of years. The variety of sounds, instruments and music cultures around the world is staggering in it’s diversity, yet often, we tend to stick to what we know. There’s something to be said for shaking off your habits and looking beyond the familiar; the world is teeming with sounds that will change your perspective and expand your creative horizons.

It’s this sort of thinking that spurred Baauer to embark on a global adventure in search of fresh sounds to fuel his new album. Looking for a new direction in the wake of the “Harlem Shake” phenomenon, Harry Rodrigues traveled with production partner Nick Hook from the deserts beyond Dubai to the volcanoes of Japan, recording quirky sounds and ancient musical traditions to bend into raw materials to use in the studio. Lucky for us they’ve handed over the full set of samples, giving you the chance to add a new edge to your musical palette and maybe even broaden your vision of sound itself.

What makes this sample pack so cool is the narrative behind it all. Below you can watch the 26-minute documentary from Red Bull Media House about Baauer’s sound travels, download the pack and read our interview with Harry about the recording experience, how he’s manipulating the sounds and his reasons for giving away this sonic treasure trove.

How did this whole idea start out? It’s seems like a pretty huge undertaking.

I think it was a new idea, just a random idea. I can’t even pinpoint exactly when I had the thought to do something like this, I just knew that I wanted to do a project where I could go record sounds myself and try capture the rarest, craziest sounds and build the ultimate sample pack. That’s how the idea started. Then we linked up with Red Bull and things began forming on their own from there. 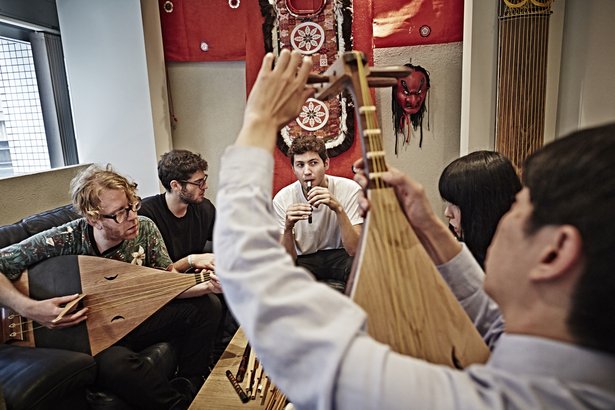 Had you listened to much music from non-Western cultures before embarking on the project?

Yeah for sure. I listened to a bunch to get inspiration, to hear some different sounds and get a different perspective on things. For instance Gagaku from Japan; I’d been listening to that for a while because it was something really cool and different and it gets you in a totally new headspace for music.

What was it like flying to the other side of the world and being inserted into other people’s musical context? Was it intimidating having to direct these musicians who you’ve never met before?

It was really cool actually. The only thing we wanted was for them to tell their story and play their music and they were happy to do it. They were really excited to share their music so it was always really good vibes. Even though we were strangers from a different part of the world they were happy to show us their old traditions.

How have you been putting these sounds into action? The sound of a camel grunting and the falcon flapping are pretty abstract sounds; how do you fit that into your creative process?

I’ve been using those sounds and totally transforming them, transposing them. Taking one thing and making it totally different. It’s just cool to be able to use these new sounds and transform one thing into another. The person trying to play the flute, that’s been turned into a percussion element. I’ve been using loads of different samples from both trips but mostly they end up somewhere completely new.

What are some of the tools within Ableton that take these sounds to where you want them to be?

I love using transpose, Complex Pro and all the different kinds of warping. Each one of the warping algorithms gives the audio a different sound and that’s something I use heavily. Also I love automating the transpose within the clip to make it bend and pitch in certain ways.

Has this exposure to new musical environments changed the way you look at your own music?

Yeah definitely. Most of all it made me rethink my process. Going out and recording something in real life rather than pulling something from the internet and knowing the story behind a certain sound before using it, that changed the way I make music a whole lot. It also opened my mind to what kind of sounds I can use in from various kinds of contexts. Being able to work with something and make it totally different.

It seems like part of this project is getting people psyched about sound itself. Has it reinvigorated the way you think about audio?

I think it’s good to work within restrictions and have a certain limited amount of things to use but it’s always really nice to have new materials. It’s like having new colors to paint with. There’s a whole new world of stuff to use, we just need to go out and interact with it. 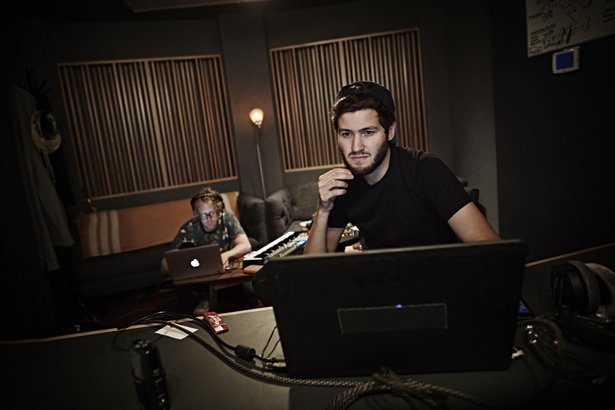 What’s it been like adjusting to being locked in the studio after all this travel? How’s the album coming along?

Basically, I have a load of little bits and pieces. The big job I have now is to bring them all together into one cohesive package. That’s where its at right now.

How do you feel about giving all these samples away for download? Do you have a sense of ownership about them or are you excited by what people around the world are going to make out of it?

I would love to see what people do with it! Knowing what it was like to record those sounds and then sending it out and seeing how everyone else interacts with it is going to be crazy. I can’t wait for people to start sending back stuff using those sounds, it’s definitely going to inspire me a lot too.

Find out more about the project at the Searching for Sound website.