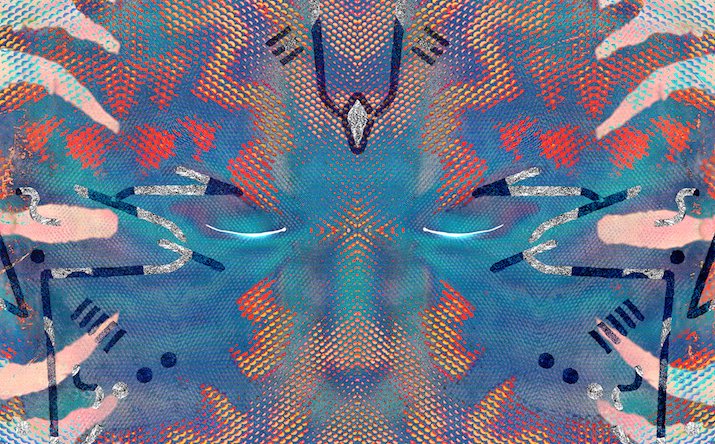 In hip-hop history, Nashua, New Hampshire, doesn’t hold much of a candle to New York City. Two sons of Nashua, however, are making a soulful impression on New York hip-hop. With Ski Beatz as mentor, the likes of Curren$y and Jay Electronica as collaborators, and with Push in their arsenal, Decap & Brady Watt are a duo on the ascent. With their debut release, Qi, out now, we sat down with Decap and Brady to talk music, meditation, and the community of like-minded musicians surrounding them in New York.

How did you first start working together?

Decap: I've known this cat [Brady] since Junior High. We both went to Elm Street in Nashua, NH. We weren’t close friends, but we had a mutual respect for one another. Over the years friends kept telling us that we needed to work together -- I was well known in the city for my hip-hop production, and Brady for his bass playing. In early 2008, Brady came out to my apartment in Washington Heights and crafted some incredible music. I was used to producing solo mainly, and working with Brady opened up a whole world of inspiration. I could feel that our combined sound and individual mastery created a unique style.

Brady: Yeah, I saw this dude fight the toughest kid in our school when I was in 8th grade. Cap came out on top, I was impressed! Haha.

How did you connect with Ski Beatz?

Brady: Not too long after I moved to New York me and Olamide Faison went to this party in Tribeca we had heard about through his cousin Eda. Turned out it was Dame Dash's and there were tons of famous rappers and artists there (this was DD172 at it's early stages, like right after Blakroc got finished). We were just looking to hang out, party, meet chicks or whatever.  I happened to have my bass on my back because I was coming from rehearsal.  I walked into one of the room's because I heard music coming from there, Ski Beatz was on his MPC making a banger, Jean Grae was next to him writing on a notepad, Dame was there, Mos Def, place was like packed with legends.  I mean I couldn't believe it, these people were my heroes.  Ski turned around and saw the bass on my back and was like "Hey can you play that thing?" And I was like "hell ya." Pulled out my axe plugged in and just started jamming to this track, still remember it was in F# Minor.  Everyone in the room was like "Ooooohhhhh". Ski got up, gave me daps and said "You're hired." I went back the next day and cut most of Curren$y's Pilot Talk 1, some Mos Def joints, Jay Electronica.  From then on me and Ski worked together almost every day for years.

Do you work together in person in the studio, or send tracks back and forth from separate studios?

Decap: Most of our collaborative work is in the studio. Part of my music creation process is the energy of two minds in one place channeling inspiration and creating in the moment. However, I’m not opposed to working remotely, and we have done that.

What instruments do you play when you work together?

Brady: I play bass, guitar, keys, and the Push.

Decap: I used to play the keyboard in my production, but since owning Push, I have hardly even touched any other instrument / MIDI controller.

How do you use Push in the studio? In a live performance setting?

Decap: I use Push in the studio mostly in the early stages of production. Coming up with ideas, banging out drum loops, chopping samples, playing VST instruments, triggering different clip arrangements, effect automation, etc. When performing Live I literally never need to look at my laptop screen. All of my attention is focused on the Push, and the energy of the crowd. I use Push to trigger clips, manipulate effects, and doing drops / change ups / triggering samples wherever called for. When I perform, it is more than just triggering clips. I use Push as a full-on expressive tool.

How do song ideas normally come together - does the idea usually start with one of you, or does it come from working together?

Decap: We meditate before we create. I find that it clears out some of the clutter / noise, and helps us move into an aligned creative space.

Brady: Yeah we always meditate first, ideas usually flow easy.  I'm used to improvising and having to come correct on the spot so I don't find "writing" hard at all.  Sometimes I start an idea on bass or guitar, sometimes Cap gets on the pads and makes a groove and we just expound that.  Also, a lot of the time we have musician homies around at the studio to vibe with.

Brady - how does making music with Decap for the new album differ from making a beat for an MC?

Brady: This album really helped us grow as artists.  Before we were crafting tracks for "placements," they were dope beats for sure but writing for this was totally different. We were real picky about what we put on there.  We wanted to put together a piece of work that flowed a certain way, touched on different styles, really exemplified who we were while still sounding cohesive.  We made something like 60 tracks and boiled it down to 8.

Can you walk me through how “Grand Design” came together?

Decap: We wanted to craft something with a real futuristic bounce. The day before we started working on “Grand Design”, Bert Price played a tight piano melody. I took the MIDI from the piano line and converted it into a synth pad that had the same chords, but sounded completely different (the original piano melody comes in at the end of the song too.)  I started by making the drums, and literally as I was sequencing, Brady played this killer off-beat bassline. We constructed the main groove of the beat in literally a couple minutes.

Brady: Also that main melody is actually my fretless bass screwed up an octave, doubled, and bunch of effects on it.  We've been doing that a lot, sounds crazy on bass and guitar. Also, that whole piano outro is my friend Kris Bowers, incredible jazz pianist and composer based in NYC.

Make your own beats with Push