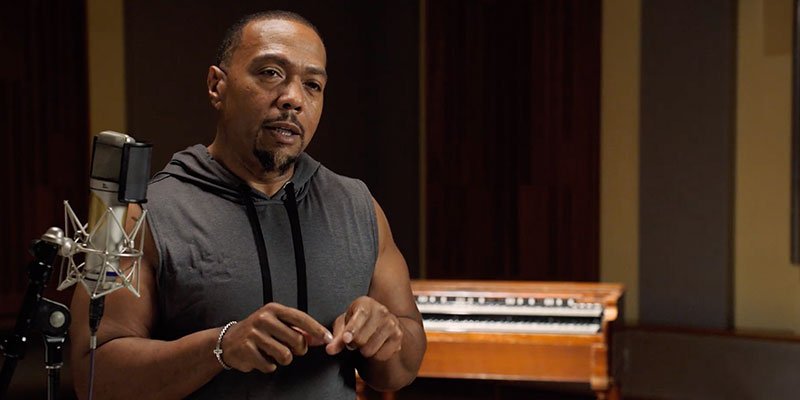 “Look at Quincy Jones – he was 50 when he did Thriller! What’s my Thriller? That’s the goal.” These exact words could have been spoken by just about any ambitious producer of the last 30 years. But the fact that they come from none other than Timothy Mosley, aka Timbaland, may come as a bit of a surprise. After all, for someone who by the age of 40 had already crafted huge, era-defining hits for Missy Elliot, Justin Timberlake, Beyoncé, Jay-Z and scores of others, coasting towards an early retirement would have been an acceptable, even predictable, career trajectory.

But Timbaland today is as busy and enthusiastic as ever, and he wouldn’t be Tim if he wasn’t focussed on the future and the evolution of his craft. Technically speaking, one of the bigger changes in Tim’s recent past was his switch from keyboard workstations to a production set-up centered around Ableton Live and Push. So when we heard that Timbaland was going to be teaching an online class with MasterClass, we were more than just a little curious to see what insights he would share in his role as instructor. We reached out to MasterClass and were kindly allowed to share a few choice nuggets of Tim’s wisdom with you.

The first thing that’s immediately clear is that Tim lives and breathes music. Of course we all have musical ideas inside of us, but often the problem is how or where to begin. Timbaland’s way of getting those first ideas to flow out is by starting his tracks with an instrument every one of us already has; the voice.

Another important point that Timbaland makes is that it’s good to be organized and prepared, but for creativity to flourish you should also leave room in your set-up, your workflow and your approach for surprises to happen.

Intricate rhythm patterns and unusual timbres and textures have been the hallmarks of Timbaland’s sound throughout his career. These are exactly the reasons why he is so widely admired and studied by other producers. But what does Timbaland himself study? Perhaps it’s no surprise to learn that his inspirations often come from further afield.

Music makers, and especially those who work on their own, often get stuck at that point in the process when the track, the song, or the beat is starting to take shape but can still go in a number of different directions. Deciding which is the right one to follow can be excruciating. According to Timbaland, that’s when it’s time to put down the tools, and just listen. It helps to set your eyes on something other than the computer screen, as Tim explains:

And finally, some parting wisdom from Timbaland for those times when you’ve hit a real roadblock and don’t know how to continue. “If you’re frustrated, that’s a good sign. That means your love is real, it’s not false. It’s like an argument. Walk away, come back another day. It’ll be there, love doesn’t just die like that.”