OctoCell combines additive, FM and subtractive synthesis in an accessible interface. Stack up to eight oscillators, each with their own individual FM options, and dial in an array of modulation and envelope possibilities to create rich, evolving sounds.

A new kind of synthesis

OctoCell was designed with the instability of acoustic instruments as inspiration. By giving each of the eight oscillators their own waveforms and frequency modulation, the resulting harmonic interplay leads to a rich, complex sound. But while the potential is huge for keen sound designers, the initial interface is simple enough for beginners to experiment with, too. Even just altering the OSC and FM Harmonicity settings and turning up the Random can generate exciting, dynamic new tones.

OctoCell was created by Michel Geiss and Jean Lochard. Geiss is a long-time collaborator and studio technician for Jean-Michel Jarre, while Lochard is an accomplished Max programming expert at the prestigious Ircam institute in Paris. Having spent years studying and exploring software synthesis, Geiss wanted to approach the structure of synthesis in a new way. His aim with OctoCell is to inspire musicians and sound designers to discover new sounds and compositional ideas.

On a surface level, OctoCell can be picked up by any musician looking for a new palette to play with. The initial interface follows a logical structure from the oscillators to the global envelopes, filters and output, with easily tweakable controls for quick, playable results. Geiss and Lochard created the device with MIDI Polyphonic Expression (MPE) in mind, meaning parameters in the device can be assigned to compatible keyboards and controllers or drawn in via Live 11’s Note Expression View for a more natural, expressive performance. OctoCell also comes with an impressive bank of presets created by expert sound designers and artists.

Opening up the Edit page reveals the complexity behind OctoCell’s unique design. As well as individual envelopes for the Additive and FM parts of each oscillator, there’s a modulation matrix, built-in effects, a fully-featured sequencer, a step modulator and the ability to tweak the Additive and FM ratio parameters for each oscillator.  With all this control, you can experiment with distinctive tones ranging from simple, single oscillator modulation to more complex, CPU-demanding configurations. 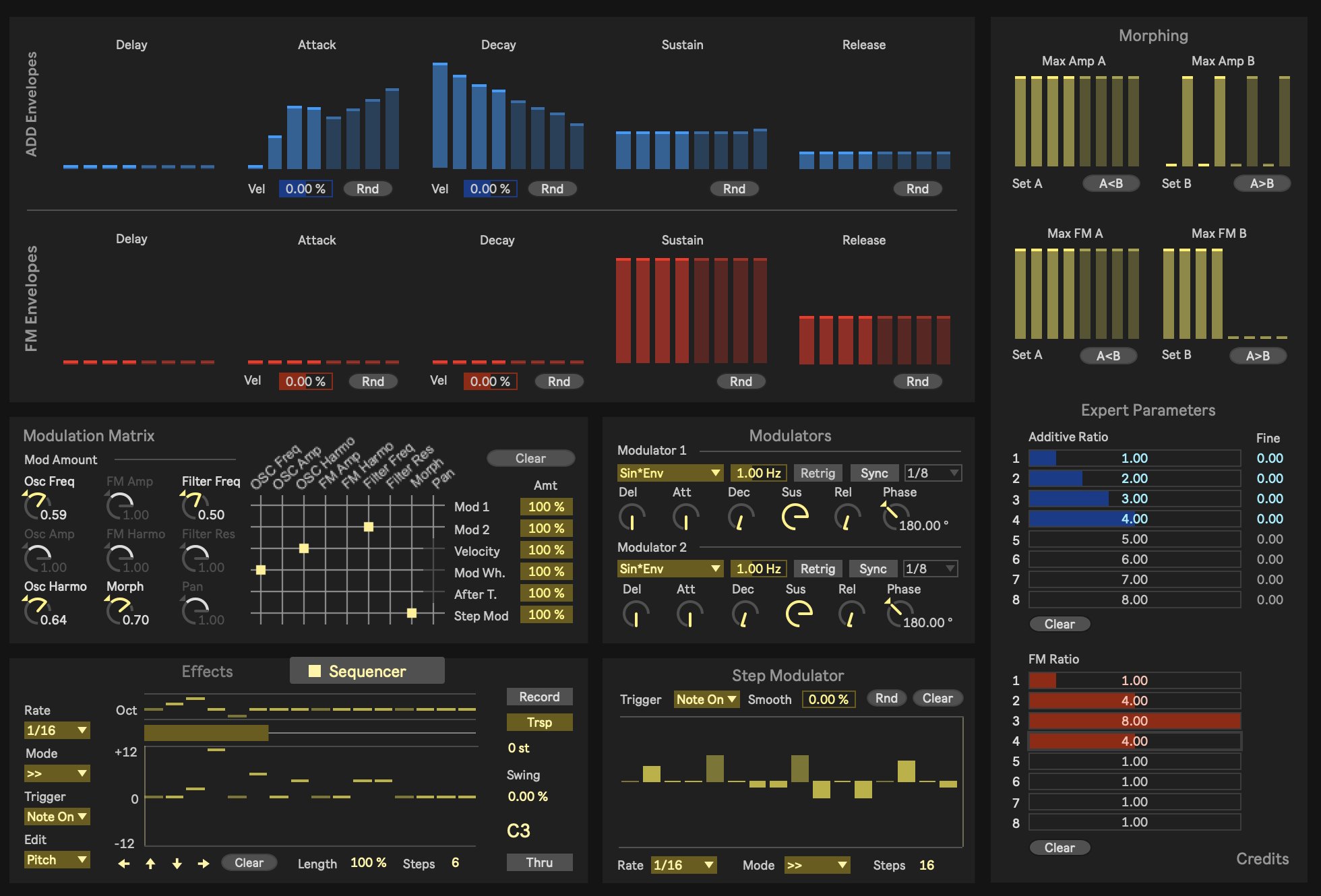 Extended Sounds offers a deep dive into the creative and artistic world of Modeselektor. This Pack samples a huge variety of synths and drum machines from their arsenal of classic studio gear and wraps them up in wild effects with eminently-playable presets.

Wavetable is a new synth that’s both intuitive to use and vastly capable. Stretch, shape and morph sounds into a broad sound palette using wavetables derived from synths, acoustic instruments, noise and much more. Start playing right away, or go deeper into sound design than you’ve ever been before.