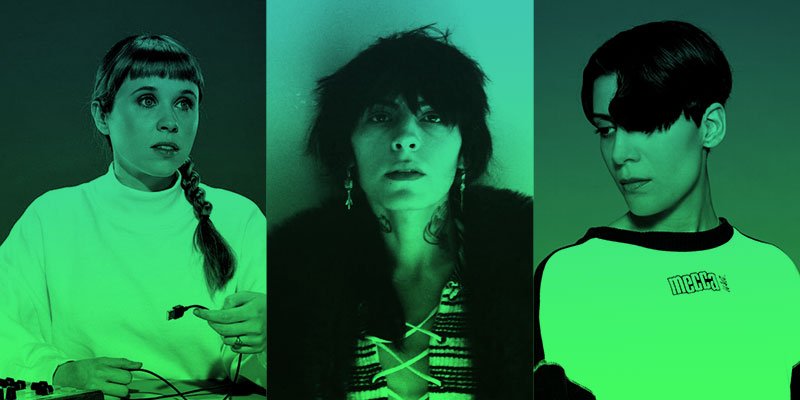 Opportunities to create and share music together in a physical space have been acutely limited in recent times. While the personal challenges of the pandemic have manifested in different ways for all of us, many have experienced political unrest and drastic change in their everyday lives at the same time. For artists, the past year’s events have also resulted in the loss of work and community. Although some may have achieved a boost in creativity despite the turmoil, others have found it tougher than usual to stay inspired.

At Loop, we’ve had many conversations about the processes that artists and music makers use to help them continue creating in the face of adversity. Here you’ll find a selection of those discussions, with insights and perspectives on how to remain resilient and creatively responsive through difficult times.

In a conversation with Jace Clayton at Loop 2016, Fatima Al Qadiri reflected on the curfews and climate of fear she experienced during the invasion of Kuwait, and how those memories inspired her album Brute. Al Qadiri draws parallels between that time and her adult life in America, and speaks about her artistic response to a mindset of ‘despair and hopelessness’.

In the Process: Dealing with a Crisis

As music makers, we might undergo periods of self-doubt, creative blocks, and personal crises, for all kinds of reasons. At Loop 2017, a group of artists, producers, and technologists were asked a set of six questions about their strategies for pushing past such personal challenges. While their responses were varied, there were also surprising connections in their accounts of how they get stuck, and their various methods for getting unstuck.

At Loop 2015, Holly Herndon delivered an audiovisual presentation where she demonstrated how the process behind her work has helped her to engage with themes from outside the sphere of music. This wide-ranging talk touched on the dogmas of academia and the dancefloor, the intimacy of the laptop, NSA surveillance, and finding the sound of now. Herndon reveals how she explores these extra-musical ideas to generate new aesthetics, approaches, and production techniques for her own musical practice.

There are many obstacles to be found on the path to finishing music – doubt, procrastination, boredom, and fear (of both failure and success) can stand in the way of us reaching our goals. At Loop 2017, Jesse Abayomi, Kaki King, and Travis Stewart joined a discussion to uncover the causes of creative blocks and identify some solutions for overcoming these familiar issues.