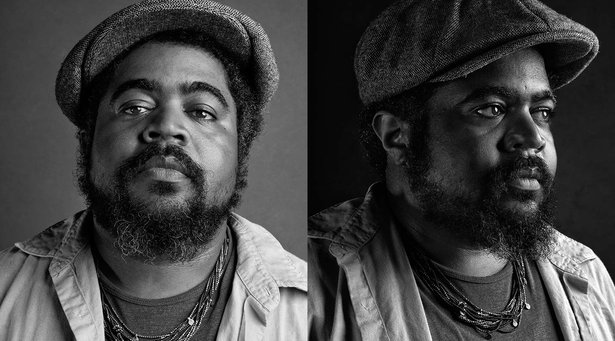 Arriving via the ever-adventurous PAN label, 'Circuitous' is the latest album by Eric Porter Douglas aka Afrikan Sciences. Although ostensibly related to various club and dance musics of the present and recent past, 'Circuitous' finds Afrikan Sciences weaving melodic and rhythmic tropes from techno, jazz, hip hop, and funk into arrestingly fresh configurations. Sounding at once enticingly familiar and strikingly alien, Douglas’ tracks manage to pull the listener into their own elliptical orbits – and while these zones may feel strange at first, the moments of disorientation are often counterbalanced with passages of pure transcendent joy. Thus enchanted by his music, we were eager to speak with the New York-based producer and find out just how he gets to where he gets to.

What’s always been notable in your tracks, and is very pronounced on this new album, is how the rhythmic elements push in two or more directions simultaneously. What’s your general approach / attitude to making beats?

My ideas and approach towards polyrhythms stem from my need to achieve the most human feel possible in drum programming or playing parts live. Also from the standpoint of: what would multiple drummers sound like conducting a conversation simultaneously and what if each drummer in the dialogue came from a different background and spoke a different language, as it were? What does this conversation sound like? Add up these divisions to make a new equation. Time signature over other time signatures, loosely-played over quantized, however the end result is achieved, it's fun exploring rhythm juxtapositions.

These conversing drummers, are they all human? Because often, there’s an element in your rhythm structures that has a machine-like insistence. Where are your roots as listener and as musician along the ‘quantization continuum’?

In regards to the drummers, definitely they are not all human, picture Tony Allen meets Mitch Mitchell meets Kraftwerk's drum machine! I found myself captivated by the drums in music as a young listener and even more so when I got my hands on early drum machines when I first started to dabble in creation as a teenager. One thing I always noticed was the stiff shift of the 1980's when drum machines took over in popular music. I think this is why musicians rallied against these devices later on with the popular mantra "drum machines have no soul" – I always wanted to discredit this and sought to reconcile compassion and electronics. I started out as a DJ in the mid- to late eighties, it was there where the ear for combinations developed and also a dynamic sense of rhythm. I would beat juggle records to make new rhythms and change the feel of signatures and time of a tune. So the turntables were my first instruments, later on I would pick up the bass and give that a go.

What was your studio set-up like during the making of Circuitous?

My studio is constantly changing, but in recent years my set up has consisted mostly of a Moog Little Phatty, my Ashbory upright electric bass, a Waldorf Streichfett, various iOS apps, 3rd party Audio Units/VSTs, Max for Live and Live at the heart. I'm a big believer in the send and return system within Live and external instruments and effects via iOS along with apps like Audiobus tie things together quite nicely.

How many sends and returns do you tend to use per track? What kind of signals are you sending out and to what external devices?

As far as sends on a track usually anywhere between one and four on average. A combination of internal routings within Live and routings to outboard gear via an audio interface like my Motu Traveller or through iConnectmidi 4+'s audio pass through system. I'm a big fan of iOS effect apps like Holdernesss Media's Echo Pad or any of their other effects for that matter, Moog's Filtatron, Amazing Noises Glider Verb just to name a few. Also, I send signal out to a bunch of Korg bits like Kaosspads and Monotron Delays for a bit of fun making. Occasionally I go out into a mix board, but I don't really travel with a mixer so I don't usually factor that in into a send return set up. 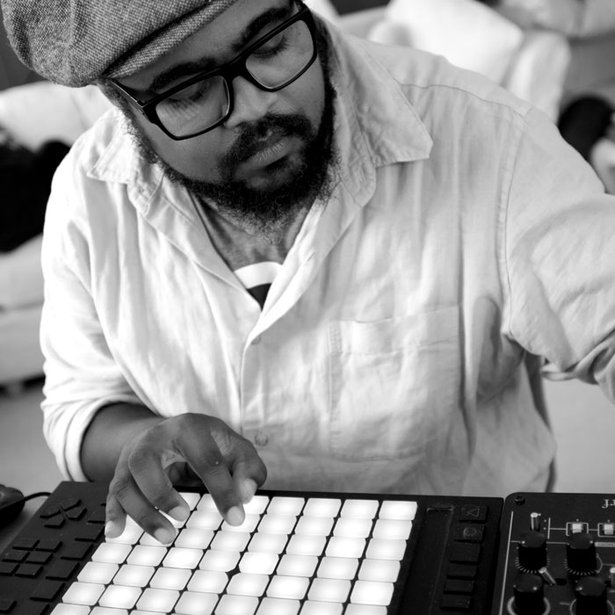 How do you approach playing live? How much and what elements do you improvise in a typical live performance?

I'm still trying to find a good balance between a safe and spontaneous way of performing live, in my mind it's boring to just have a totally prepared set but I also realize it's important to capture an audience's attention early on, so mostly I like to have rhythms set but open enough for a turnaround at the drop of a dime. I also have clips of previously played instruments alongside instruments that are accessible via Push. I use iConnectmidi 4+ to get all of my external instruments and devices synced up and also for sync with collaborators. In a solo setting I tend to move around in tempos and time signatures. Currently I'm looking at other ways to make the live show as dynamic as possible, I've been secretly practicing my dance moves. I've made a promise to myself to bring my upright out to gigs more in the upcoming.

You use Push when you play live. Did you get it intending to use it for performances?

As far as Push is concerned, I got it with intentions to use it both in a studio setting and for live gigs. Overall, I've been pretty happy with it in both settings. In a live set, I use it both to control scenes, trigger dummy clips for effect automation, dialing in tempo changes via a Max 4 Live patch or directly from the tempo knob along with the shift button for more nuanced movements.

And then there is live drumming via Drum Racks and messing with clip lengths and offsetting for rests by looping odd lengths with added silence.  Say you play a four bar rhythm on one drum rack then you overlay that with another rhythm track that's say, three bars, and add in a percussion track that's a seven bar cycle. Meanwhile, you shift the loop points on the original four bar rhythm using the loop length controls on Push so instead of the first measure you shift to the second and carry over into a silent fifth bar or change the length altogether. I like to make variations like these to keep things interesting.

Playing keys with it is a big plus too. Clip launching is more intuitive with the color coding but admittedly, occasionally in larger sets, I still struggle at times to not lose my way. Each gig I come across alternative ways to lay things out. To make more out of less is the goal.

Keep up with Afrikan Sciences on Facebook and Soundcloud.