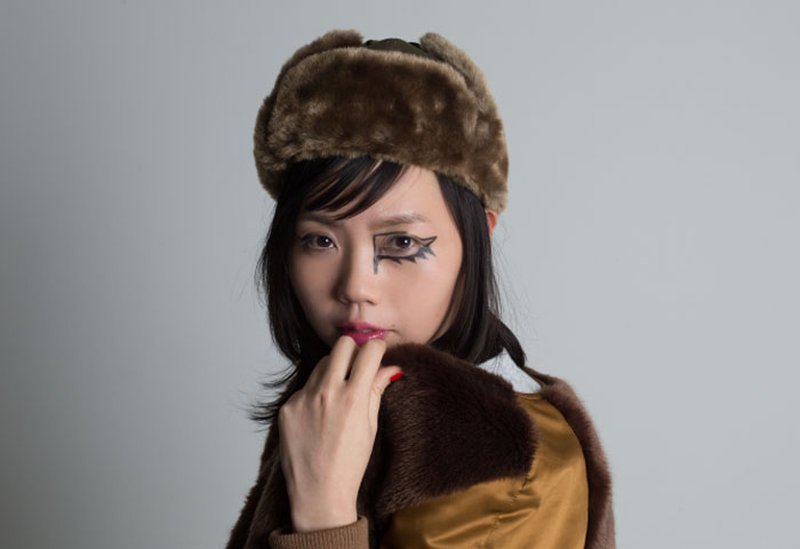 Striking out in a new direction is a challenge for any music maker but it’s especially tricky when you’ve already made a name for yourself in a particular scene. How do you overcome the fear of being misunderstood (or even rejected) by the fan base that you’ve built up through years of hard work? Hoping to find some answers to these complicated questions, we sat down in Tokyo for a chat with Akiko Kiyama.

Over the past ten or so years, Kiyama has established herself with a steady flow of sleek and punchy minimal techno releases – a number of which regularly featured in DJ sets and mixes by the likes of Richie Hawtin or Ricardo Villalobos. At the same time, Kiyama’s interests as a listener and as a music maker were expanding beyond the walls of the club – a development which culminated in the recent release of No Man Is An Island, the debut album of her Aalko project.

Although the album is a distinct departure from the formal constraints of techno, No Man Is An Island nonetheless demonstrates Kiyama’s club-honed production skills and her penchant for weaving together unexpected sounds and textures to catch the listener’s ear. In our interview with Akiko-san we discussed the factors – aesthetic, technical and personal – that brought her to this point in her career and what lies beyond.

This new album comes out under the name Aalko and is a something of a stylistic departure for you. How did this come about?

I guess I just wanted to be very honest to my production, to do what I wanted to do. Aalko is a new project but not a specific concept, maybe a by-product from my techno stuff. That's the concept, maybe that's not easy to categorize into any one type of music, because it can be broad. But Aalko is basically what I want to do now. And I don't expect others to like my stuff. It's ok if people don't like my stuff, I don't care. If people like it, I appreciate it.

I thought many of my fans are techno fans and so might not be interested in this new type of music. So I decided to make my own label [Kebko Music] and to do everything by myself. And also I chose cassette tape as the main format because I was curious to see who would be interested in this not easily accessible format.

The first thing one notices is the variety of different rhythms in these tracks.

Yeah, it's pretty different I know. I used to do techno – and still do – and some years ago I tried to put my experimental style into techno sets, but actually I already got bored with this again, so now I kind of totally separate techno and experimental breakbeats. So this was really new for me: how to make tracks with different rhythm parts? I'm interested in the time stretch or time illusion, so I put different BPM tracks in the same track then try to make some kind of composite. So one part is maybe with 120 BPM, another one is maybe 93 or another one is 150, so they live kind of independently, but at some point they live together. It's kind of difficult but is recently one of my focusses.

I’m curious, whose voice do we hear in the track “Only Its Voice Rings Out”?

I really don't remember.... I used my own voice for "Sweep You Away" though. I read out this book in English called "The Three-Cornered World" by Natsume Soseki. Glenn Gould, the classical pianist, he really loved this book. It's about a poet who thinks about about how poetry can be alive and what poetry can be. The poet found it very difficult to live in the human world. But I enjoy it and I really like this book.

When you begin working on a track, do you have a structural idea beforehand, or are you intuitively playing around and just seeing what sounds good?

Usually I don't have any plan, I just play then record everything. Then later cut and edit. I also disregard the bars and grid and just edit as audio. Sometimes it's not easy to edit later on, so after the recording, I might add some analog modulation. And also, it's a bit difficult because I want to polish my tracks, but at the same time I want to keep something alive.

But doing this kind of music, does it make producing techno fresh again for you?

I still like techno very much, especially when I go to clubs. To dance to, I still like it. But to make techno tracks I get somewhat bored. In the end, techno is very good if there's only kick or bass or hat and if the sound quality is nice then this could be fine – there's not many things necessary in the space. I realized this, especially when I lived in Berlin. People enjoy it much more when the number of sounds decrease... very minimal, just kick, bass, hat, snare.

And are those the elements you usually begin with when you start a track?

To begin I think I need some time to walk around, to read or takes notes, not even related to music, even just what I've been thinking recently about life or really general stuff. I need some time to make myself very calm or quiet. Then if I feel like making music I start and usually I just open Live. It depends, sometimes I start recording synthesizers or I just play my audio samples in my bank, just play and play and sometimes just change the BPM or pitch. I often change the transposition very much, I often cut some audio into a loop. So usually they are not rhythm parts that I start with, but with some kind of groove.

And this audio bank you mention, what does it consist of, or is it a secret?

No, no, it's not a secret at all. When I started making music for the first time I was at university and didn't have money and didn't feel like buying some new synthesizers or anything, so I just recorded CDs or YouTube or whatever – normal sounds. Then I made samples, then later I bought software synthesizers and made some sound samples, some of which I used for my tracks which were then released. So then I have to play them in my live set. So I kind of record this structure, with these samples again, then this was saved as another audio sample and so on – this has continued for more than ten years now. It’s like a Yakitori [Japanese chicken skewers] shop using the same oil for 10 -15 years. After using this then it will maybe more dense or intense.

So I start with something like a groove or atmosphere, but later after some developments these elements are gone from the track. It's more like oil painting.

So is the next step adding rhythmic elements?

Rhythmic, but not like the normal techno drums. And I'm not really focussed on hi-hats, I usually put those in later. And also try not to put kicks too early. So I kind of work without kicks.

And how long do you work until you have the basic shape of a track?

It depends, but actually I like to finish very fast. Then it's a bit rough but still it's a good sign. And maybe I work for one or maybe two hour or so for a session, then if I get some things I just record in the session view and then later start editing all of this.

And how do you get from there to a finished track?

It's not easy for me actually, it's not the part I enjoy most when I make music. I enjoy the starting point and the middle part of the development. Then later to polish my stuff, when I have to take care of each sound, clean up the arrangement, it's kind of tiring. And at some point I always feel like I have to graduate from this song, otherwise I cannot go to the next step, kind of like a forced quit. (laughs)

Also, when I record modular stuff sometimes, there can be sudden volume changes, for these transitions I have to draw a little bit of a nice curve.

Yeah by hand and just by listening. I listen to the sound then I edit. It's more for human ears, it's more natural I think. I don't believe so much in cutting by numbers. But sometimes I have too many ideas in one track, then I try to think of what I can throw away.

So when you find you have too many ideas in one track, do you take something out, or do you split it into two different tracks?

It depends. In the end it's much more difficult to throw away than add something but usually I just throw away some parts, I don't make a different track. But if I play live sets I can add these disregarded parts.

Akiko rehearsing for her performance at Mutek Tokyo

When you perform, you don't DJ, you play live?

Yeah, I play only live. I usually separate the many audio samples from one track, so just kick and hat and the melody, and in the past it was very easy because my style was very minimal. Then I could just make the one loop or four loops or this kind of stuff. But recently I've made some development even in the techno tracks so it's going to be a little bit complicated. Sometimes I use a long sound sample, 3 minutes or so… and then I have to wait while it’s playing. Of course I can do something more improvisational but still people enjoy it when they know the track that is played.

Keep up with Akiko Kiyama on Soundcloud and Instagram.